When it seemed that everything is postponed to the new year, Google comes to surprise the community with a new core update to the basic algorithm engaged in the search system. A core algorithm update means that Google has changed or recalculated its algorithm in some meaningful way.

As usual, the news about the Google December Core Update has been announced on Twitter by Google SearchLiaison.

“We are releasing a broad core algorithm update later today, as we do several times per year. It is called the December 2020 Core Update. Our guidance about such updates remains as we’ve covered before. Please see this blog post for more about that”

Later today, we are releasing a broad core algorithm update, as we do several times per year. It is called the December 2020 Core Update. Our guidance about such updates remains as we’ve covered before. Please see this blog post for more about that:https://t.co/e5ZQUAlt0G

Looking at the early data from some big industries, this update was a bigger core update than we saw in May 2020.

How Long will It take?

There’s another thing we need to keep in mind that the update occurs in 24 to 48 hours. They happen over a few days and sometimes weeks. So we still need to pay attention to what’s going on and make sure that we’re not overreacting to what we see just yet. When the update is happening, don’t be surprised if you see your keywords ranking is jumping around from day to day in SERPs.

However, by Dec. 10, digital marketing tools like Rank Ranger and SEMrush highlighted some movement in search engine page volatility that seemed to contradict that initial assumption or initial changes in organic ranks that happened quicker than usual over the first two days.

But it has a different story on mobile search. That’s where health, government, law, education, and real estate saw the biggest fluctuations in Google search.

What to do if your site is hit.

Google has already advised on what to do if a Google Update hits your site. There are not any specific actions to take to recover your site from the update. You have to focus more on your content freshness, On-Page and Technical SEO.

However, Google has listed some questions to consider if a core update hits your site. After the update is done rolling out, check your website ranking and traffic to know if your site was impacted or not and decide on the necessary course of action.

We can do nothing other than say hello to another Google core update. Just follow the following questions.

Just let things jumping for a few more days before trying to analyze how the algorithm helped our hurt your site rankings.

In the meantime, don’t do anything to your site. Instead, think about the future of your website. Make sure your website is ready Google Core Web Vitals. Why? Because it’s becoming a ranking signal in 2021. That’s how you’ll stay at the top of the search results. 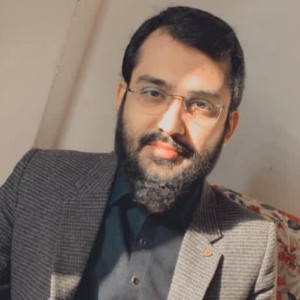 Abdul Bais is running a Digital Marketing Agency in New York, He helped many companies and brands like Noori Apparel grow their revenue.
View All Posts

How to Set up Instagram for Business | The Ultimate Guide